Report: Symbols of Power: The Evolution of UK Political Logos

Political logos are used as identifiers for a brand, however unlike McDonalds or Nike, they are implemented to represent a politician, a political party, or an ideology. Much like brand logos, the political symbols are used in many ways to make links between the party and certain emotions or ideas, such as the Green Party’s globe surrounded by leaves which represents its environmentally-minded policy. A logo is a simple identifier used on ballot papers, flown on flags, plastered on shirts, and stuck on posters. No matter who you are, a good logo will give you a PR boost and a competitive edge.

The modern Conservative Party can be traced back as far as the Cavaliers, however their first political party, the Tories, was founded in 1678. Although starting as a political faction, the Tories emerged as one of the two largest parties in parliamentary politics, all the way until their dissolution in 1834.

Whilst lacking in logo, the Tories used the colour blue as their main signifier. So, when the Conservative Party was founded in 1834, they took the colour blue with them. Originally using red, white, and blue (the colours of the Union Jack), the party later settled on blue after the emergence of the red Labour Party. In marketing, the colour blue is said to bring feelings of reliability, success, and confidence.

In 1981 there were some regional symbols and personal symbols for MPs, but still no party logo. The Conservatives later arrived at the idea of the Olympic flame, which was officially adopted as their logo in 1982. It was intended to show an image of leadership, ambition, and community, however was not a huge hit within the Conservative Party or with the public. People found the image old fashioned, poorly recognised, and uninspiring.

Their next symbol depicted a muscular arm carrying an Olympic-style torch, which is said to have taken inspiration from the Statue of Liberty. Although changed in a few small ways for the next few years, this logo stuck around until 2006 when the ever-controversial oak was introduced. The change of logo coincided with David Cameron’s “compassionate conservatism” revolution in which the new leafy logo symbolised the party’s commitment to environmentalism. The oak is the national tree of England, and the logo was meant to represent strength, endurance, and growth. However, the sketched silhouette of an oak was seen as difficult to decipher with less obvious imagery and meaning. In 2010, the logo was coloured with a Union Jack, which was said to have been influenced by the rise of UKIP, alongside more patriotic and nationalistic voting trends.

Currently, the tree is a solid blue colour and a few shades lighter than previous logos, potentially to seem less threatening and more open. It has been rumoured for quite a while, however, that some senior Conservative MPs are campaigning to replace the tree with a ladder. This move is intended to show the Conservative Party’s commitment to workers’ rights and social mobility.

The Labour Party's colour has been, since its inception, red. The colour represents the party’s commitment to socialism and is associated with left-wing movements around the world. The original symbol was a red flag linked to the French Revolution, but in 1924 the leadership held a competition to see who could design the best logo. The winner was a torch, shovel, and quill with the word “liberty” in golden capitals over the top. The design was mostly sold as a badge before it became the official Labour Party symbol.

In 1939, it was decided that the official party colours should be red and gold. From the early 1980s to around 1986, the Labour Party replaced the badge with a waving red flag emblazoned with the name of the party in large white writing. However, this change never gained much popularity and subsequently didn’t last long. From then on, Labour committed to using a red rose as its logo. The rose is the national flower of England, and is seen as a socialist symbol tied in with the signature Labour red. The change may have been part of the move away from socialism in the 1980s, but may also have been a way to keep the left of the party happy as it became more central.

During the office of Tony Blair, Labour lay on the edge between two logos: the red rose and the solid red square with “New Labour, New Britain” written inside, alongside a small collection of less popular ideas. In 2007 the party settled on a new, cleaner logo which is the one seen today. It is clean, memorable, and modern whilst being similar enough to the previous logos to not alienate or confuse the electorate. 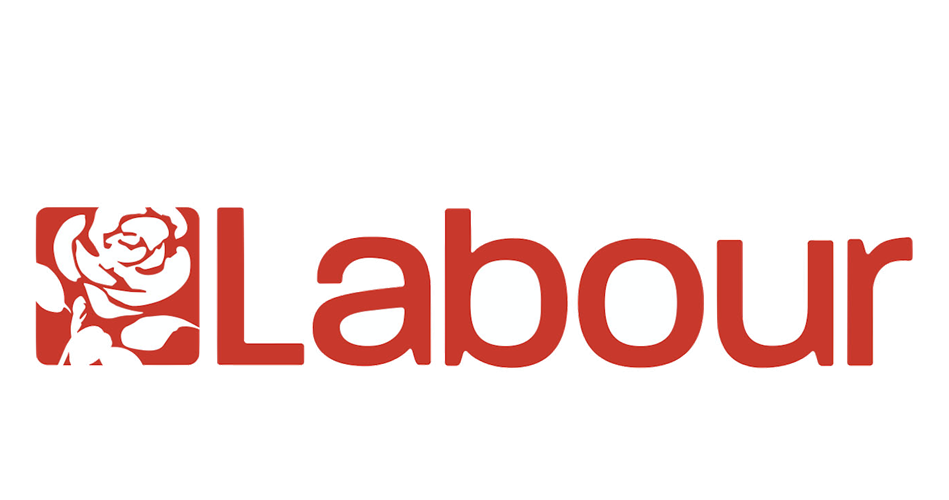 Within a year, the logo was replaced by the yellow bird or the ‘bird of liberty’. When it was adopted, the logo was insulted by Margaret Thatcher who called it ‘dead’ in reference to the famous Monty Python sketch. Despite this initial jab, the Liberal Democrats’ logo has remained the same and with relative success; it has been modernised by adding some shadowing and depth, but has stayed almost the exact same since 1989.

The first and only major challenge to its use came in 2015 when it was alleged that Tim Farron, who was running for party leadership, was going to attempt a change of the logo and even party colour. Although he never went through with the change, it may be a sign that if the Liberal Democrats were to go in a new direction, we may have to say goodbye to the golden ‘dead parrot’ of centrism.

The orange colour is a combination of the Liberal Party yellow and SDP red. Orange is not a colour with a long political history, however it is used in marketing to inspire feelings of friendliness and cheerfulness. It is warm and bright, expressing youthfulness and energy, and its link to liberalism was cemented with the writing of the Orange Book: an ideological handbook for Cleggite (maybe Cleggist) Liberal Democrats who believe in the combination of social liberalism and economic liberalism.

One interesting theme amongst UK political logos is the increasing inclusion of the party name alongside the logo. With the possible exception of the Green Party, it is rare to see the layout of British political logos vary from a small logo on the left and the party name on the right, or underneath. It seems that most political parties are focussing on their names as their brands rather than their logos. This is even more common amongst smaller parties such as the SNP and Plaid Cymru, with both UKIP and the Reform Party also having their names within their logos.

A lot of logos follow greater trends within culture and mainstream branding. We can see that, through the evolution of the political logos in the UK, a lot of symbols have been modernised, simplified, and made more minimalist. The Conservative logo, for example, seemed to shed a lot of its detail and complexity from a detailed torch and strong arm to a single-coloured oak silhouette. There has been a similar shift within the Labour Party as their logo has evolved from a badge containing writing and multiple symbols to a plain rose outline. This does not mean that the meaning has left the logos of the British political parties, with all the major parties having clear imagery and messaging within their logos. We can all appreciate they are easy to recognise and understand the symbolism that has become a part of our political landscape.