Report: The Importance of Being Archived

“Are there lost TV gems in your attic?” implores the BBC’s long-forgotten and outdated Treasure Hunt website. However, even with its broken links and early 2000s formatting, it serves an important purpose by publishing a long and incomplete list of lost episodes. The search to fill these gaps used to rely on rare viewer recordings and the generosity of the public but it has recently lost steam. It is becoming disappointingly clear that some broadcasts will never be found. Despite the BBC having over 15 million TV artefacts in its archive alone, the gaps continue to widen, which begs the question: how did they appear in the first place?

Since its inception in 1922, the BBC has had large gaps in its archive for one main reason: there was no archive until the 1980s. Why? Firstly, recording was too expensive and painfully impractical to be used widely. TV was not broadcast all day so there was no need to fill the schedule with re-runs or repeats; it was still new, uncertain and unproven. Broadcasters found it was too hard to believe any future generations would be interested, or that TV would not be replaced by something new and even more modern. Even as TV and Film entered a Hollywood Golden Age in the 1960s, the previously popular Silent Films were not preserved as interest had waned and their selling power was gone.

Secondly, TV was not taken hugely seriously. It was associated with having little importance and little worth, often having a short life span. Children’s TV sat at the bottom rung on the ladder often having the shortest airtime and being the first to be recorded over. However, beginning in the 60s, live recordings and broadcasts became an important source of news and culture, delivering coverage of wars, royal weddings and even the moon landing to any home with a TV set and a signal. Ordinary people could be at the heart of news as it happened, giving more insight into the world they lived in than ever before.

In 1979, Marion Stokes, an avid television viewer from Philadelphia, saw the rise of news media and began to record live news broadcasts - from multiple channels and TV sets - for 35 years until her death in 2012. She saw how live news stories were twisted and changed in a matter of hours and felt that its influence on politics should be understood by the public, specifically Black people like her. Her recordings were intended to allow everyday people to see who controlled the media, and how that, in turn, suppressed them. Her recordings are now being digitally preserved by The Internet Archive. 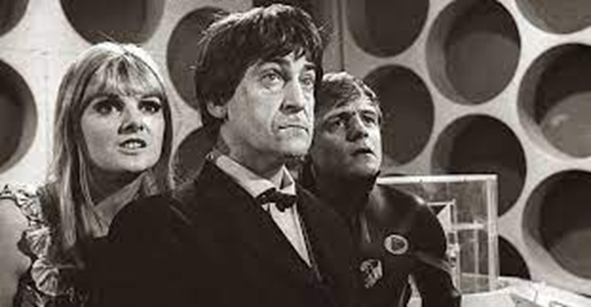 However, as TV rose in popularity in the 1980s, more organisations saw the importance of archiving. Bob Monkhouse, a comedian and known collector, invited the British Film Institute to help him organise his large archive. They found several shows thought to be lost, including some of Monkhouse’ own programmes. As well as this, in 1981, the BBC’s first regulated archive was finally started at the recommendation of its Advisory Committee on Archives. Unfortunately, the continuing financial and logistical hurdles of archiving overlapped with the advent of some of the BBC’s most popular shows: Doctor Who, Dad’s Army and Top of the Pops – now the most sought after lost episodes.

While some media has been found (such as nine Doctor Who episodes in Jos, Nigeria), we must accept some are just gone. While now TV is something nearly all of us hear, see and talk about every day as a part of our culture, history and politics, it wasn’t always. With this newfound appreciation and importance, we must show more care, attention and willingness when archiving our everyday media. We can never replace lost episodes, but we can make sure no more disappear.