Opinion: The Power of Languages in a Post-Brexit World by Emily Brown

The old saying “everyone speaks English” just isn’t going to cut it.

As a country, we are pretty comfortable with our status as monoglots; seeing as 61% of our population speak only English. According to a survey published by the European Commission, Brits are officially the worst language learners in Europe. With Brexit now complete, being able to communicate with our European counterparts has never been more important.

The value of language learning in today’s world is clear. On a personal level it improves cognitive abilities, as psychological studies have found that brains of bilinguals operate differently to single-language speakers; with improved functionality and better multitasking abilities. This has consequently proven to stave off early signs of dementia.

On a global scale, knowledge of other languages automatically makes one more employable. According to Neil Kenny, Lead Fellow for Languages at the British Academy, “languages are vital for effective trade, diplomacy and soft power, for social cohesion, social mobility, and educational attainment; all of which will be essential to the UK’s future success.” It is hardly surprising that employers express a deep satisfaction for the foreign language skills of people entering the workforce. However, the 2012 Eurobarometer survey showed that the UK is embarrassingly below the European average. 54% of people in the rest of Europe can keep up a conversation that isn’t in their mother tongue, but the UK falls short with only 39% at this level. This raises the question as to why language learning is at an all-time low in the UK. Is it that languages are not taught at the same high standard, or is it related to the complacency of those who see language learning as a waste of time?

Perhaps the answer lies in the Government’s 2004 decision to drop compulsory language study at GCSE. Unsurprisingly, this will have created the impression that language study is not highly valued within the education system. Not only has this led to a major decline in the numbers of pupils choosing to study languages at A-level and beyond, but has also seen many UK universities making cuts to their languages departments. According to the BBC, foreign language learning at UK schools has hit an 18-year low, so is this going to leave a generation of Brits who can’t speak at least one foreign language?

Even in 2021, xenophobia is still prevalent in society. A study by the University of Strathclyde showed that Eastern European pupils in the UK have experienced higher levels of xenophobia and racism since the Brexit referendum, with 77% of Eastern European pupils surveyed stating that they had been victim to one of these attacks. Of these pupils, 49% thought that the incidents had become more frequent after the vote in 2016. If more people took up a second language, we may see a decrease in the number of xenophobic incidents, as more people will be equipped with the skills to understand other cultures and communicate effectively. In theory, it would create a more welcoming atmosphere for those coming to the UK from elsewhere.

Not only have we seen that broadening our linguistic repertoire embraces other cultures and breaks down global linguistic barriers, but also the travel opportunities would be endless once we step beyond covid restrictions. Especially after the experience of lockdowns, being able to jet off to another country for a well-earned holiday will be at the top of many people’s priority lists. Why not use this time to take up a language and show off your newly-learnt skills in a more relaxed setting? You could begin learning a new language now in order to take a dual honours degree at university, or to equip you with the skills to access some of the most competitive jobs. 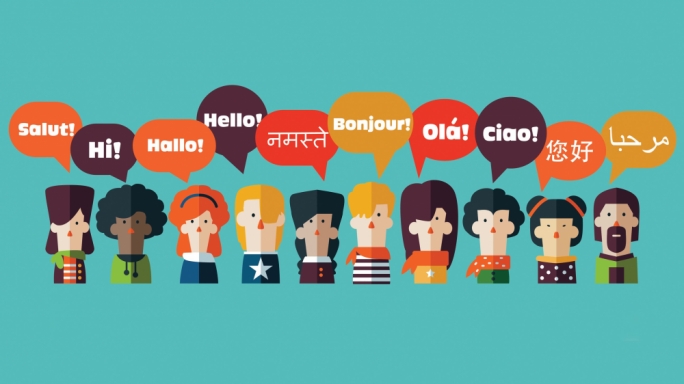 Brexit is destined to bring a whole host of changes to the working, trading, and dealing relationships between the UK and the EU. For this reason, it is likely that UK businesses are going to look within themselves to find multi-lingual speakers who can maintain those global ties. It is also likely that the number of people coming from the EU to work in the UK is going to decrease, so Brits who can speak other languages will be highly sought after. In this case, has Brexit provided an opportunity for linguists in the UK rather than hindering them? Despite some harsh drawbacks of Brexit, this new period of change will encourage linguists to take a leading role and use their language skills to help maintain connections with other countries. They may prove paramount to ensuring the UK is not disadvantaged by its decision in an increasingly globalised world.

It is important for young people to recognise that if doors are being closed in our faces, then we have to find a way to open them again. We cannot allow Brexit to take away our chances of becoming global citizens, to live in another European country, or to work abroad. We have to do things that will make us stand out from the crowd, in this case by learning a second language, even if the ties are being cut from our European neighbours. In this way, we can take those steps in order to enjoy the freedom that our parents had when the UK was part of the EU.

Yes, learning a language is taxing; it forces people to step out of their comfort zones. However, the UK’s reluctance to learn languages instead pushes the burden onto other countries, ultimately showing a lack of respect. Let’s recognise that we have to play our part and make the effort. We need to come together with the rest of Europe and recognise the impact we could have if we took the time to learn a second language.