Opinion: Meghan Markle: Just a Thorn in the Side of the Royal Family or a Sign of What’s to Come?

8th March 2021. After a long and gruelling battle with the institution, the Duke and Duchess of Sussex speak out on their departure from the Royal Family. I’m sure you all remember the Oprah interview - and the subsequent chaos.

Personally, I’m apathetic at best about the monarchy. The thing that baffles me, though, is how utterly shocked everyone was. From angry Instagram rants to Piers Morgan storming off Good Morning Britain, the country was utterly rocked by the revelations. Yet, for me, Meghan’s journey is alarmingly reminiscent of others mistreated by the system. Meghan is not the first – she’s not even the first to tell her story. Will the public see the pattern? Or will she go down in history as a sad story, just like her late mother-in-law?

The Royal Family appear, on the outside, icy cold. I’m sure plenty of you have watched The Crown and, in one memorable episode, observed how the Queen stresses over her inability to cry. As a result, the media has pushed harder to extract an emotional response. A huge part of this stems from Diana; thirty five years ago, her interview aired nationally and called out the family on their gross incompetence when it came to caring for her. Despite this being well before most of our young lifetimes, people of all ages know of the history which is why I find it utterly mind-boggling that the Meghan debacle was so novel to the public. 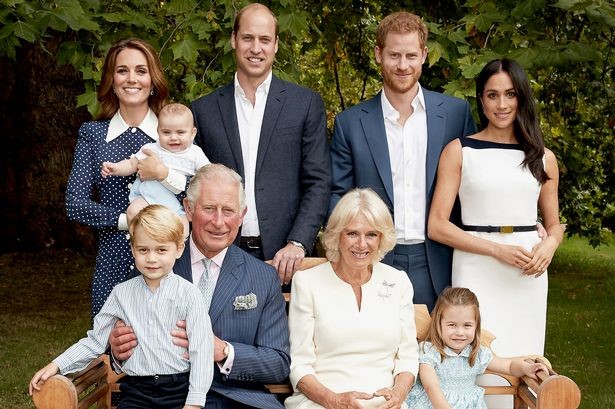 The royal family with Harry and Meghan in 2018. Source: The Mirror.

I can’t help but think that any shift in opinion may be temporary. After all, there are royal scandals every other year, and it seems that the Crown always prevails over love in the Windsor family. I almost pity them.

Yet, right now, the outrage over the interview is palpable. According to a recent YouGov poll, 1 in 5 Brits would get rid of the Queen. And this was even before the Meghan interview. Immediately after it aired there was plenty of debate: “How could they say that?” we heard, and “Abolish the monarchy!”

The situation could go one of two ways. I’ll paint a picture for you:

Option one. Perhaps this will be the last straw. Talk of abolishing the monarchy has been floating around in pop culture for quite a few decades now. But with the allegations of racism, and the frankly lacking royal statement about this being a “private” matter, we may finally decide that enough is enough. Will the Queen be the last monarch to sit on our throne? Based on the current fast-paced internet culture, this could change in a very short period of time.

However, there is another more plausible path. The royal bloodline continues to thrive. Like the Prince Andrew scandal, King Edward VIII’s abdication in 1936 (because a king couldn't marry a divorcee back then), and Diana’s departure, the UK allows royal scandals to fade into the depths of history. As a consequence, Meghan and Harry become a sad tale of misfits, or perhaps a caution to the next royal who wishes to step outside the box. Marriage expectations in the institution remain the same. Unfortunately, from the wealth of evidence and of Meghan slander, this is the most likely.

I’m not sure how many would support me, but I would like to wish Harry, Meghan, and their family the best. The Oprah interview was at least good TV, and at best a turning point. And baby Archie’s chickens were adorable too...