Opinion: Has the Cannes Film Festival Become Little More Than a Male Fantasy?

As we reminisce about the cultural resets from 2021, one of the most controversial yet undebated topics of the year was the Cannes Film Festival. The glamour and charismatic Cannes Film Festival was back in full force early last summer after the 2020 cancellation of the festival due to the pandemic. Julia Ducournau, Antoneta Alamat Kusijanovic and Kira Kovalenko are some of the female filmmakers that won remarkable directorial awards. Although this year saw an increase in female nominations and an improvement of gender parity, the continuation festival director Thierry Frémaux’s entrenched, outdated views of on women in the film industry still permeate the event.

Yes, this year’s numbers of contributions by female filmmakers are heartening but let’s also consider the fact that this is the first time the Cannes Film Festival has hosted 20 female filmmakers among its Official Selection, including Competition, Un Certain Regard, and the newly created Cannes Premiere section. Moreover, Ducournau’s win is only the second time that the Golden Palm has gone to a woman – the other was nearly three decades ago when New Zealander Jane Campion won for The Piano in 1992. Likewise, the best director award has gone to women only twice – in 1961 to Yulia Solntseva for Chronicle of Flaming Years and then, 71 years later, to Sofia Coppola for The Beguiled in 2017.

Moreover, the amount of overlooked female directors throughout the years is alarming. The legendary Agnes Varda, often referred to as “the godmother of the French New Wave” due to her legendary contribution in the history of cinema, only competed at Cannes once in 1962 for Cléo. The directorial awards were only given to men that year. Another instance is Claire Denis; her only film to compete at Cannes was Chocolat (1988). Her most well-known film Beau Travail - an extremely powerful meditation on masculinity and forgiveness - is widely recognised as one of the greatest films of all times. Yet, despite its critical success, it was not selected for Cannes.

As festival director Thierry Fremaux told IndieWire’s Eric Kohn: “Regarding the Official Selection: Since 1946, we have not applied any criteria other than that of the works, not the gender of the artists. However, in the event of a tie in the programming process between two films, we will opt for the one directed by a woman. But there is still immense progress to be made. In many countries, the presence of women is not strong enough. The good news this year is for French cinema, in which we see real progress. I hope the Selection can attest to that.” Although this year boasted an increase in female driven films, Cannes’ excruciating continuation of overlooking women’s outstanding contribution in the industry.

Frequently, the absence of women at the big film festivals is blamed on the myth that there aren’t enough female directorial films to consider, so the problems are at the production level. However, this is not the case. Women’s film festivals have been running since the 1970s, showing more than 150 films directed by women each year, from Belgium to Egypt. Still, the films that show at these festivals are often labelled “women’s films”, implying that they lack a universal appeal. Likewise, the idea of “auteurship” is important at Cannes as it is widely known for celebrating acclaimed directors. Director François Truffaut developed the concept in his 1954 essay Une certaine tendance du cinéma français (A certain trend in French cinema). Thus, it’s clear that the idea of “auteurs” sadly remains dominated by  men.

A French study scrutinised the work of the special commission charged with nominating French films for participation at the festival over a 54-year-long period (1946-2001). It found that out of the 180 nominations only six have been for films directed by women. Hence, looking at the entirety of Cannes’ record, the festival lacks female representation. 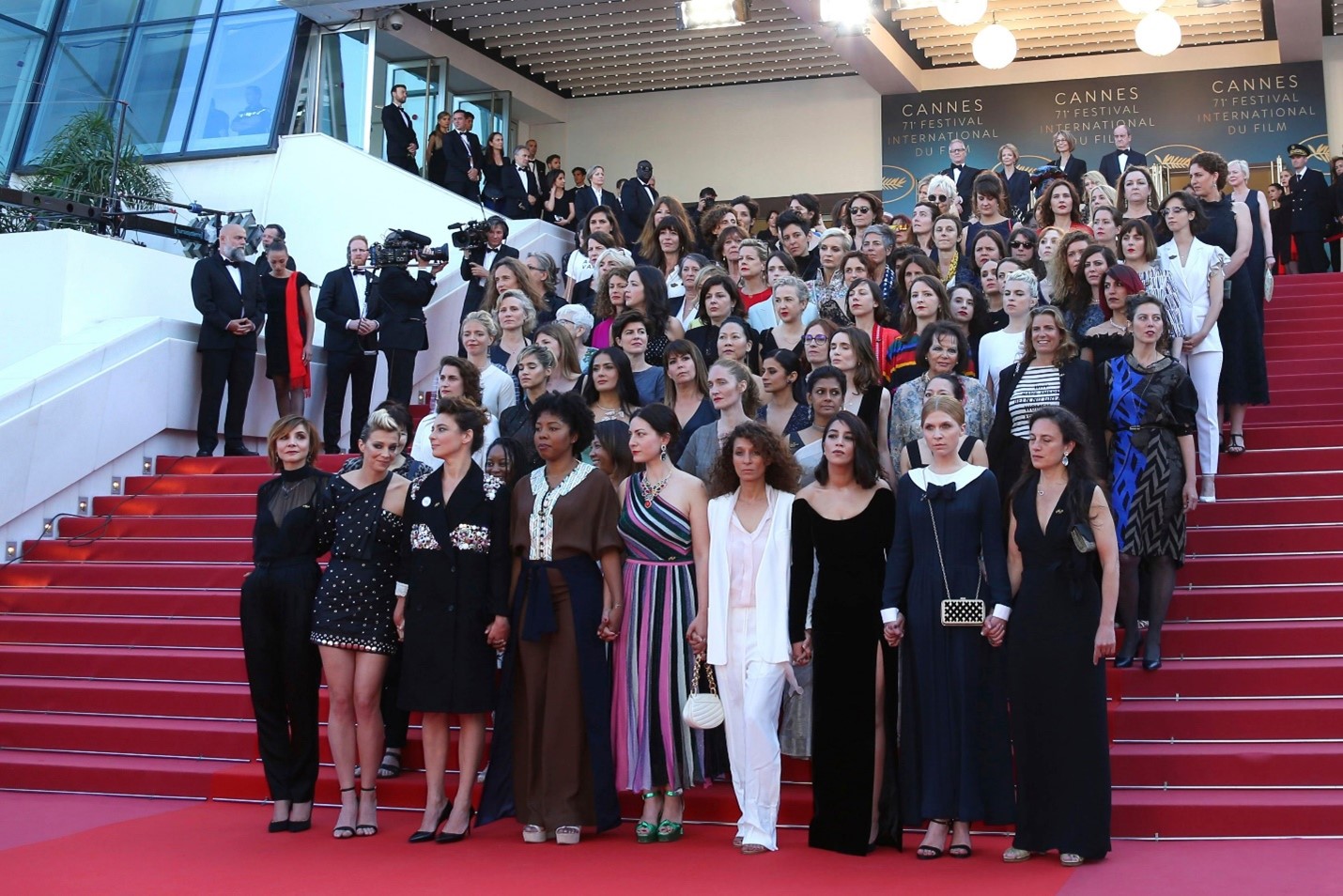 Looking back at Cannes 2018 when 82 female film stars actively protested at the festival, they engaged in rallying against gender-based discrimination in the film industry, especially at the film festival. Headline celebrities such as Cate Blanchett, Kristen Stewart and Salma Hayek took part in this red-carpet demonstration, where two-time Oscar winner Blanchett commented: "We are 82 women, representing the number of female directors who have climbed these stairs since the first edition of the Cannes Film Festival in 1946. In the same period, 1,688 male directors have climbed these very same stairs.” Whilst this proved to be a bold way of provoking a dialogue on social media, director Fremaux still keeps hold of outdated views about female benefaction to the film industry leading to a lack of female representation at numerous film festivals worldwide. However, looking at the bright side, many female filmmakers have screened at the festival in the recent years: 6 female directed films in 2015, 9 in 2016, 12 in 2017, 11 in 2018, 14 in 2019, 16 female films in 2020. Hence, with the conclusion of Cannes 2021, It’s great to look forward to more and more women achieving awards of uttermost significance and that too in the topmost categories.

But we must also ask ourselves the question that how many film festivals around the world will continue to promote justice to the work of women, so they enter the annals of film history? Thus, we must make sure female directors are heard, seen and given fair credit solely because they have so much potential to offer and unlike Ipsen, Breillat, Denis, women must be continuously celebrated, and their work should be honoured and equally given credit at award shows and film festivals.