Investigation: Is Genetic Modification the Best Bet for the Future of Food Production?

In the modern day, genetically modified organisms (GMOs) have become a controversial topic of conversation, with differing viewpoints and contrasting research. In this article I am going to be looking at the ways in which GMOs are good and bad, and attempt to conclude my research.

One way these new GMOs are needed is simply to efficiently feed the growing population without the heavy toll on the environment, which will come with needing to sacrifice more land for agriculture. GMOs are genetically designed to be as efficient as possible in reducing the impact of farming practices on climate change. The Biotechnology Innovation Organisation states: “In 2016 alone, growing GMO crops helped decrease CO2 emissions equivalent to taking 16.7 million cars off the road for an entire year. GMOs also reduce the number of pesticides that need to be sprayed, while simultaneously increasing the amount of crops available to be eaten and sold. Over the last 20 years, GMOs have reduced pesticide applications by 8.2% and helped increase crop yields by 22%”.

So, this just comes to show how genetic engineering can be of a massive impact to the current climate crisis, as it could reduce environmental damage by the equivalent of 16.7 million cars per year. GMOs will increase crop yields, and this can lead to less artificial fertilizers being used which, during synthesis and use, can produce huge quantities of greenhouse gas. According to The Fertilizer Institute, controlling nitrogen (used in fertilisers) usage is important in reducing the carbon footprint and greenhouse gas emissions. This has also reduced the usage of pesticides in the small amount genetically modified crops are used.

Along the same vein, engineered animals can be less taxing on the environment which can mean we can still eat meat without it having a massive environmental footprint. A team from the University of Aberdeen have found a gene in some cattle which can cut their methane production by up to 50%. This means we can still farm like we already do and can still eat meat and dairy products without worrying so much for the environmental impact. By activating this gene, the meat produced could actually be better for the environment than some vegan and vegetarian options with high air miles. According to John Wallace, the author of the study, this could actually make the proteins and fats in milk healthier.

However, genetic engineering creates a lot of controversy as it can be regarded as immoral in terms of the lives of other creatures which is why it is often referred to as “test tubes with tails”. According to the Michigan State University, one of the reasons for this is that some developments may lead to animals no longer being sentient. Removing the sentience of animals allows us to factory farm more, which a lot of people morally object to hence one of the reasons of the rise of veganism in the 21st century. Therefore, when people buy food they can be fuelling the need for immoral practices so that food can be cheaper and more widely available. So, this comes to show that one the most significant disadvantages of GMOs is the immorality of placing human priorities over the welfare of other living creatures and ecosystems. However, the great folly here is, of course, that humans are a part of the natural world and it will only be a matter of time until we directly suffer the consequences of immoral use of science too. 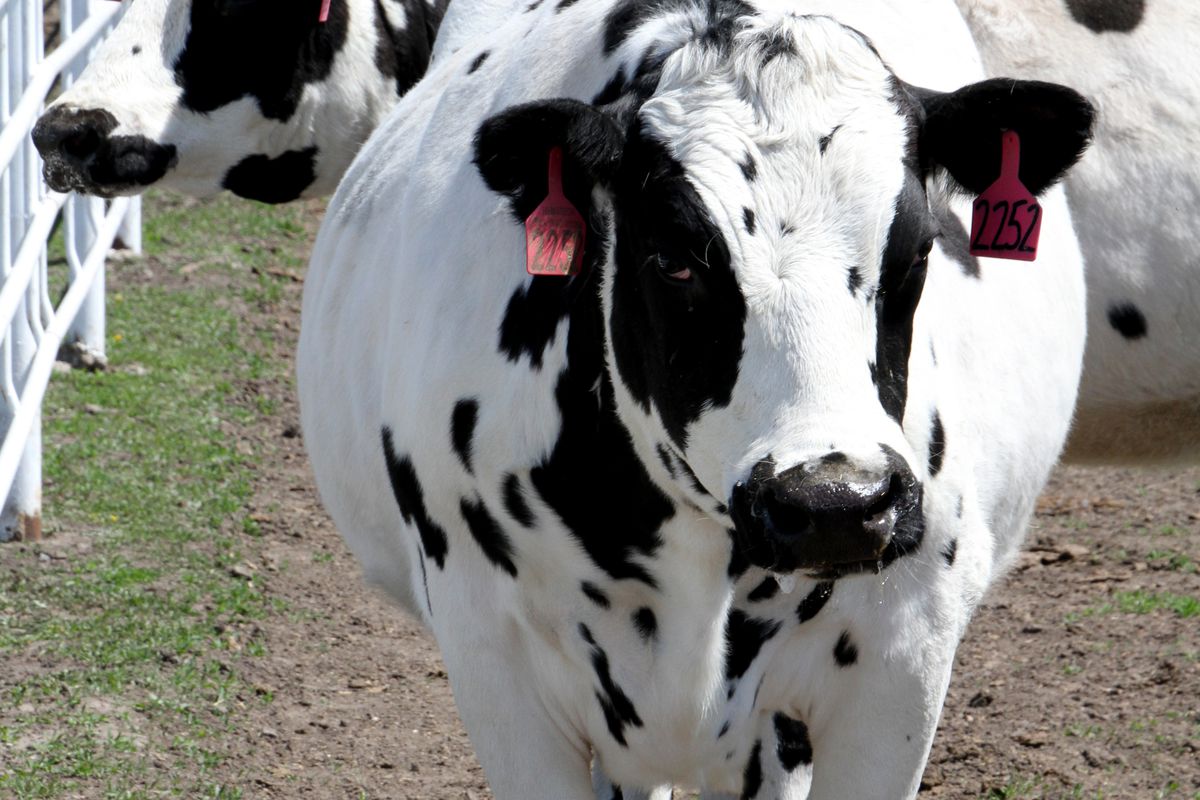 A more scientific problem with genetic engineering to produce more food is that it will lead to less biodiversity in a herd, which has the potential to lead to infection and subsequently wipe out the entire herd. This is because diseases spread easily through organisms of the same genetic makeup. As a result, farmers lose a lot of money and the quantity of meat is reduced so, if this happened regularly, prices would soar.

Similarly, we do not know when the genetic engineering will stop. Runaway genetically modified animals could wipe out natural herds, which would have a costly effect to the environment in which we are trying to protect. Already, genetically engineered cattle are themselves unhealthy and are used to make cheap burgers at fast food joints.

So, can genetic engineering really bring prosperity without excessive ecological harm to the environment? For us to progress as a society, genetic engineering of food alone will be essential, even without the medical applications which can save lives. However, even though genetic engineering may be a requirement it does need to be implemented carefully and have rigorous legal regulation. Some argue that risks are becoming less prominent as a legal framework is already being put in place. Only time will tell whether genetic engineering can tackle the climate emergency or lead to more problems.