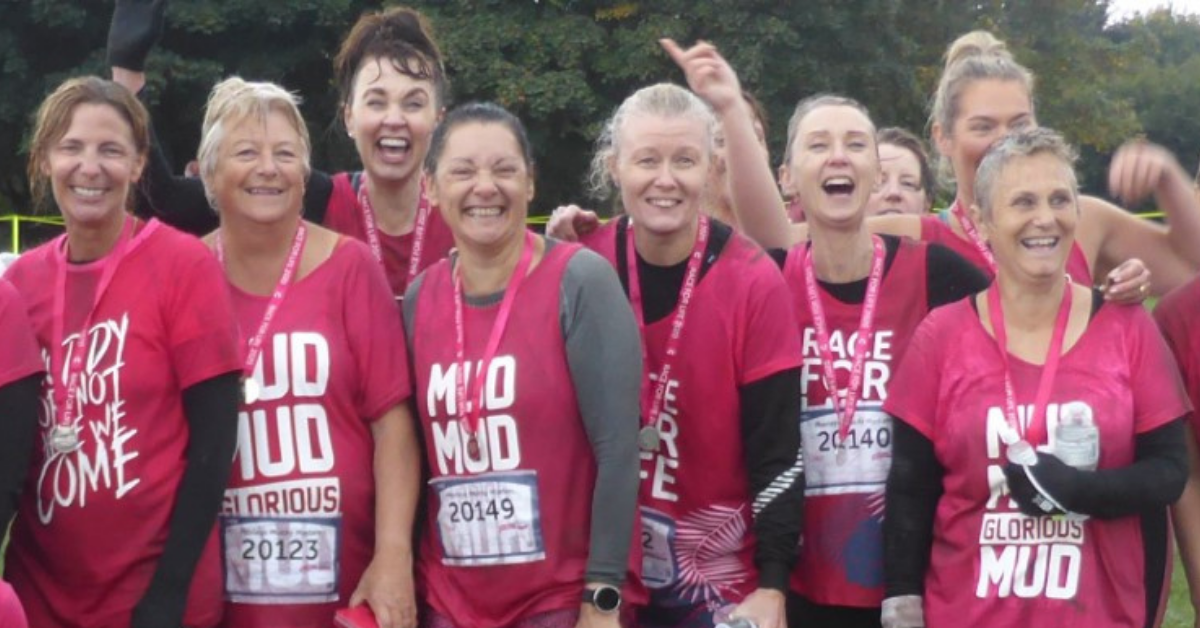 Congratulations to Carol Sheward, Teacher of Design, and Graham Hamlyn, Head of Theatre Arts, both of whom completed physical challenges to raise money for Cancer Research and the Children’s Liver Disease Foundation.

Carol Sheward completed the Leeds Pretty Muddy 5-kilometre Race for Life at Temple Newsam on October 17, as a member of Morley’s Mucky Madam. Afterwards, she said, “I made it around the obstacles and 5K course with lots of laughs, mud and pink. Special thanks to Clare O'Connor, Lisa Kirk and the Wednesday night Notre Dame running club for my training. With the help of college staff, we have collectively raised over £5000 for cancer research so far - and the donations are still coming in.”  They currently stand at £5,681.12.

If you would like to donate, you can do that here.

Also on October 17, Graham Hamlyn completed the 2021 Asda Foundation Yorkshire Marathon in four hours and 23 minutes, which is his personal best. He was running in aid of the Children's Liver Disease Foundation, who support families with children living with long term liver conditions.

He was inspired by six-year-old Ada and her parents, Emma and Mick, and their fantastic fundraising campaign for CLDF. When Ada was four and a half weeks old, her mother became concerned about her health and checked her symptoms online. “I booked an urgent GP appointment and refused to leave without a referral. That same evening, blood tests revealed that Ada was in fact very poorly. After what seemed like millions of blood tests and scans, we were given the dreaded diagnosis of Biliary Atresia and told that Ada needed emergency and life-saving surgery to try and restore bile flow and save her liver.

Ada’s operation was a success, and she began to thrive, but I needed to do something constructive, so I started fundraising for CLDF.”

After the marathon, Graham said, “It was a very emotional day for Ada's mum and dad who are eternally grateful to all who contributed. Huge thanks to all Notre Dame staff for generously donating a total of £70.36 to the CLDF.  I have donated this amount to the JustGiving page.” So far, £1,005 has been raised.

If you would like to find out more about Ada’s story or make a donation, click here.

Carol and Graham are pictured above. Carol is with her teammates from Morley’s Mucky Madam (an arm is raised next to her head), and Graham is with Paul Babington, Ada, and Mat Shipley.